How to Properly Manage Your Composting Bin 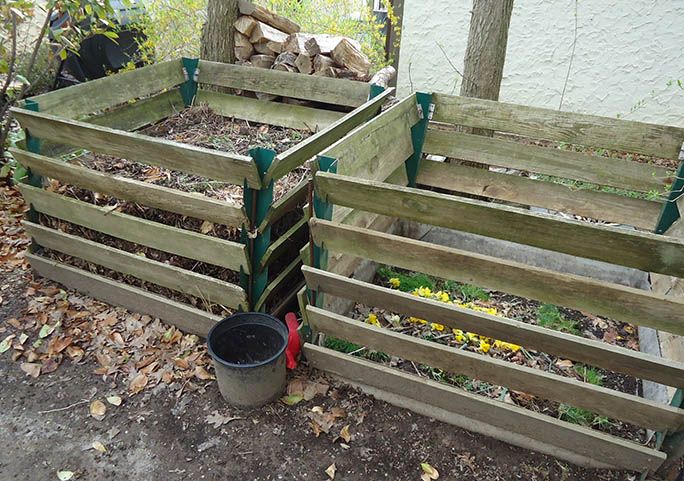 If you have started a composting bin, congratulations, you can pat yourself on the back. You’re doing something that a lot of homeowners throughout the United States both in the suburbs, as well as in city centers need to do.

They needed to do so a long time ago. Composting bins enable households to recycle daily waste into a form that can benefit nature. You’re not filling up landfills. You’re not adding to the pollution of your environment. You are not wasting excess energy processing your waste. You’re not doing any of that.

Instead, you allow yourself to become part of the solution instead of remaining part of the problem. As impressive as all these sounds, you have to understand that composting is not a one-time decision. It’s not one of those things that you wake up one day all pumped up about the environment that you decide to do something about it.

You can’t go with a sense of emotional urgency. While that is necessary to push you to take action, you have to take action. In other words, this is a commitment. It’s not just a decision. It is something that you have to abide by for a very long time.

The problem is a lot of people run out of passion quickly. They soon find out that they’re running on fumes and guess what? Fumes don’t last all that long, so they end up forgetting about their compost bin or worse yet, handling it in the worst way possible.

So, instead of being part of the solution and correctly processing all this waste, they make things worse. Not just for their households, but possibly for the people living around them. Bad news.

If you don’t want this to happen, please follow the tips below. They’re pretty straightforward. A lot of them are common sense. The problem is when it comes to composting bin management and any other kind of long term decision that requires consistent action; things aren’t as obvious.

Common sense usually goes out of the window. Using sense is not very common at all when your number one priority, of course, is convenience. So please pay close attention to the simple tips below. Keep doing them.

Eventually, they will become so familiar that they turn into habits. Before you know it, properly managing your composting bin becomes automatic. You start to see the process like the back of your hands. How awesome could that be?

Effective composting first begins with effective sorting. This is crucial because different waste matters compost at different rates. You already know this.

Certain waste items do not compost at all. In practical terms, they take forever to compost. So you have to know which of these items that you’re dealing with so you could put them in the right containers and handle them the right way. But this is all but impossible to do if you put everything in one pile and it creates a stinky, nasty mess.

Establish a sorting protocol that all your family members can agree to. From the youngest members of the family to the seniors in the family—everybody has to be on the same page. This way, your home becomes an environmentally friendly and efficient household.

Prepare Materials Before Putting Them in a Storage Bin

Before you throw stuff into your sorting bins, try to help Mother Nature by breaking down those items as finely as you can.

For example, if you are composting eggshells, it’s a good idea to smash those eggshells, so they don’t take up much space. Similarly, if you have egg cartons that you want to break down and compost, you might want to shred them first.

The same applies to any vegetation or fruit and vegetable-based foods that you want to compost. Try to effectively manage their fiber content by shredding them or at least chopping them up into small enough pieces. This way, the microbes and other creatures living in your compost bin would have an easier time digesting processing, recycling, and purposing the feedstock that you put in your composting bin.

Stick to Your Sorting Rules

This is pretty straightforward, but a lot of people lose track of their sorting rules.

In fact, in many cases, they feel like they’re in such a hurry that they safely disregard whatever sorting rules they’ve set for themselves. This is too bad because if you put the wrong item into the wrong bin, you might be sabotaging your composting venture. Seriously.

If you put stuff where it doesn’t belong, it holds up the other materials in that bin. Instead of everything composting at a reasonably uniform rate, the microorganisms and microscopic animals in that bin are working around the item that can’t be composted. You’re putting an unnecessary obstacle to your composting bin’s internal natural processes.

This is a prevalent mistake a lot of households make. They think that as long as they have one composting bin, they’re doing their fair share of helping Mother Nature. This is not true.

If you want to compost year-round, you can’t just have one bin. You have to have a rolling process where your household works in a first in first out basis.

You put all your compostable stuff in one bin for week one. When the week’s over, you move that job out of the way and have it compost. Then you fill up another compost bin.

By keeping things moving, you ensure that your household has ready access for freshly produced compost all year round. This not only helps your front lawn and your backyard garden, but it’s also better for the environment.

This is crucial. Compost works when enough microorganisms grow in the center of the compost pile that it creates a high temperature. We’re talking very high heat. This is what “cooks” your compost pile.

Of course, to make this happen, the heat has to be there. If it turns out that your compost pile is too dry, the organisms might not reach the kind of critical mass they need to produce the heat that would properly process your pile.

How do you fix this? Well, first, you have to be mindful of the temperature. This way, you won’t have a problem. Once you notice that it is a bit cool or cold in the middle, water it a little bit. This should be enough to jumpstart the microbes to do their job.

Finally, you should also stick to your schedule of turning each compost pile. When you turn, you move microbes around, and this increases the likelihood that the whole pile will be adequately “cooked.” Also, the nutrients are properly distributed for even processing

By sticking to the proper management tips above, your composting bin can truly do its job in helping your household become part of a global ecologically sustainable movement. It also gives you some great food for your garden.

Can you think of any important tips we forgot to mention? Let us know by leaving a comment below!

2 thoughts on “How to Properly Manage Your Composting Bin”